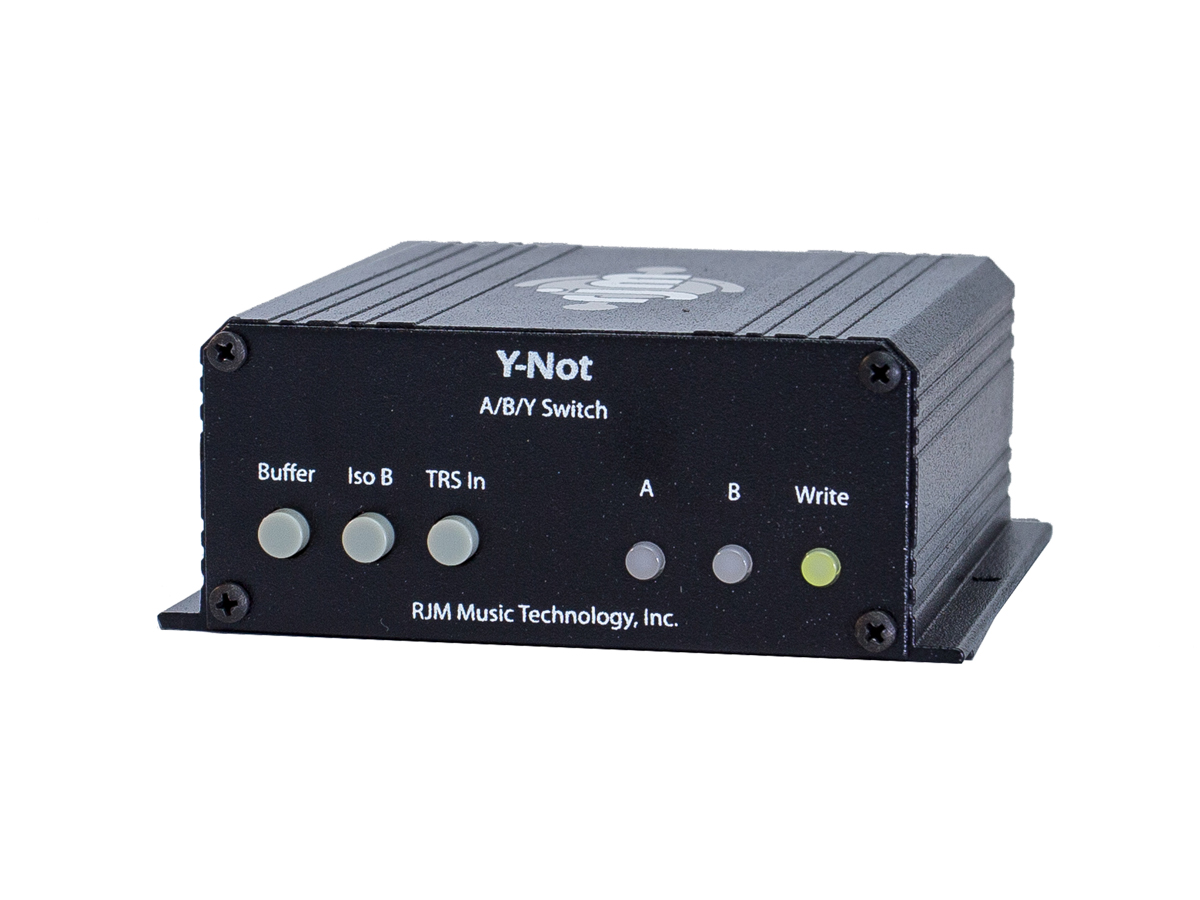 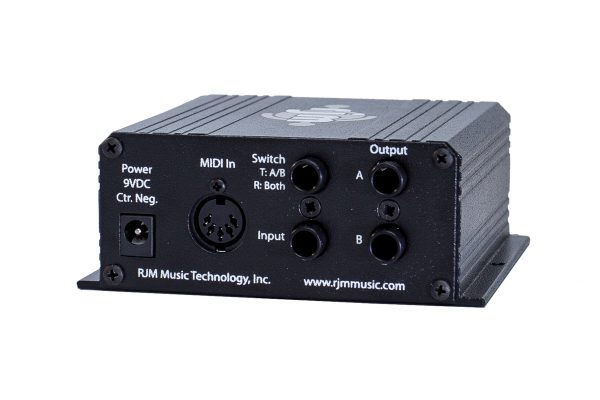 The Y-Not MIDI enabled A/B/Y switch is designed to be an all-in-one solution for switching one audio signal to two outputs.

Use the Y-Not to switch between two amps (for example, a clean amp and a dirty amp), or use it to switch between the inputs of a two input amp. The Y-Not is able to do this cleanly and transparently, without any of the problems associated with traditional A/B boxes.

The new Y-Not version 2.0 includes some very useful new features. One is programmable phase inversion on the B output. This allows you to run two channel switching amps simultaneously and adjust the phase on the fly so that every combination of channels is in phase. This was previously only available as a mod, but is now a standard feature.

This video was made with our original model Y-Not, but the new model does the same thing – plus more!

You can use the Y-Not multiple ways. Two of the most common uses are:

When connecting to multiple amps, or multiple inputs on the same amp, programmable phase inversion can be used to correct phase differences between the amps (or inputs).

The Y-Not can also be used backwards – two inputs to one output. This is useful if you’d like to switch between two instruments and send the selected signal to an amp. When using it this way, the buffer and phase inversion have to be disabled.

An A/B/Y box is a pedal that lets you switch between two different signal chains. You can use it with two separate amps and choose Amp A only, Amp B only, or both amps together.

What makes the Y-Not different from other A/B/Y boxes on the market?

While the Y-Not is not the only Midi controllable A/B/Y box on the market, we feel it is the best. The Y-Not is “true bypass” and as with all of our audio switchers, we use the best relay-based switching available and studio grade buffers. This provides transparent switching and the clearest guitar signal possible.

The Y-Not is also the only one on the market that has programmable phase switching. This is useful when running two channel switching amps together. Some combinations of channels on the two amps may be in phase and some may be out of phase. The Y-Not will allow you to invert the phase of one amp when needed so that the amps always remain in phase.

Visit our online store to order your Y-Not today!